It was very unexpected; the burning. Nobody really wanted things to end this way, at least not at first they didn’t. The outrage; however, overpowered the peace that the students had sworn to follow.

On February 25, 1970 students gathered in Isla Vista for a riot in front of the Bank of America, where they held a mostly peaceful riot until the students were triggered by police brutality. Eventually, the students lit the bank on fire because, after all, it was a symbol of capitalism and funding for the Vietnam War.

The documentary, Don’t Bank on Amerika, by Peter Biskind follows the story of what happened that February 25th night and what led to event of the burning of the bank. This documentary helps us preserve a memory of a tragic event that represents the community.

This was definitely an event that created a connection between the students at UCSB and makes this artifact serve as “collective memory” because as Emilie Durkheim discovered, “societies require continuity and connection with the past to preserve social unity and cohesion.” The fact that it is composed of films from students that were part of the riot and were there helps us understand the rioters point of view of the treatment of the police and the reasons for their actions. In the documentary we are shown how students were rallied up and ready for a peaceful protest, but the police were quick to become brutal with the students. This part of the documentary makes us feel angry and helps us understand why the riot became so violent in the first place. The students would just sit and do nothing violent but the cops would just come out of nowhere and cuff them in a way that would bruise them and break their elbows in some occasions.

The documentary helps us remember the events of the night the bank was burned down as well as the days that led up to the burning because it invokes emotions from the audience when we see the brutality and hear the voices of some of the victims explaining how they were mistreated as well as how unfairly Allen was being treated. For example, a young lady tells us her story of how the cops came barging in to her apartment and broke down all the locks inside. When they didn’t find anyone they just rammed her in the head.

To further support the documentary there is sources such as Haier that  retells the story of young student Rich Underwood and his incident with the police during the riots. He tells us of how Underwood was walking back from a speech along with thousands of students and police saw him with a bottle of wine and therefore tried to arrest him simply because they misunderstood the situation. Underwood had previously been arrested which caused him to resist, unfortunately for him, the police resorted to violence in order to arrest him. The crowd; however, was not about to let the police take him to jail for no real reason. The retaliation then began and students reciprocated the violence.

If we go back to 40 years ago and set ourselves in the scene, we can understand why exactly the students were so passionate about this riot in particular. At the time the Vietnam war was going on and college students were being drafted as soon as they graduated. Everything hit close to home for these students and so when it came to the Bank supporting the war; it was just a time bomb waiting to explode, according to Haggerty.

The main concern for the students was clearly the fact that they were being drafted for the Vietnam war and not just simply because their favorite professor was fired. Student’s had a real reason to be rioting and responding the way that they did. The documentary provides us with an understanding of the anger that students felt towards the whole situation. 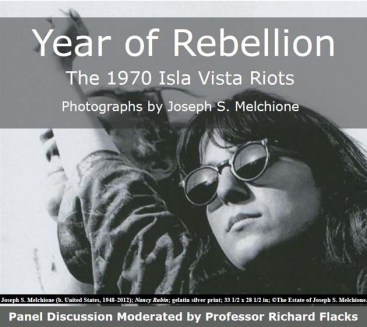 Was this a reasonable approach to rioting though? Was it really worth it to burn down a whole bank simply because they were supporting the war? Or was there a different approach that should have been taken? And at a different place at that, somewhere more influential with things concerning the war?

2 thoughts on “Ashes of a Riot”